Our OEM+ TCU Dynamic Software is simply an essential upgrade to get the most out of any modified 4.0 TFSI S tronic car.

Several years of road and track development have given us the smartest transmission software on the market: by continually feeding the engine ECU’s torque demands through to the gearbox’s controller, the system dynamically calculates and adjusts the box’s variable clutch pressures to suit whatever your power output is.

Meaning that just one RacingLine TCU software upgrade will serve your car from standard, through Stage 1, right up to Stage 3 and beyond. So unlike some, there’s no need for a new TCU calibration each time you increase your car’s performance.

WHAT DOES OEM+ TCU TUNING DO?

Our TCU Dynamic upgrades are simply the best modification you can make to your S tronic ZF transmission for the 4.0 TFSI cars.

​Our engineers reprogram the gearbox’s calibration inside the TCU (Transmission Control Unit). This allows the transmission to maintain higher torque levels. The result? Shifts are even faster, giving harder acceleration through the gears, whatever level of performance your car has – up to and beyond Stage 3.

Meanwhile, the driving mode strategy itself is optimised to suit higher power levels, giving a more natural gear selection profile. Flick the car over to manual, and at last you’ll have true gear control at your fingertips – no auto-upshift, no kick down until you command it (or drop back to D/S modes).

Not only that, launch control will get you off the line quicker through allowing more boost at launch and increased launch RPM, combined with a less intrusive traction control in launch mode. 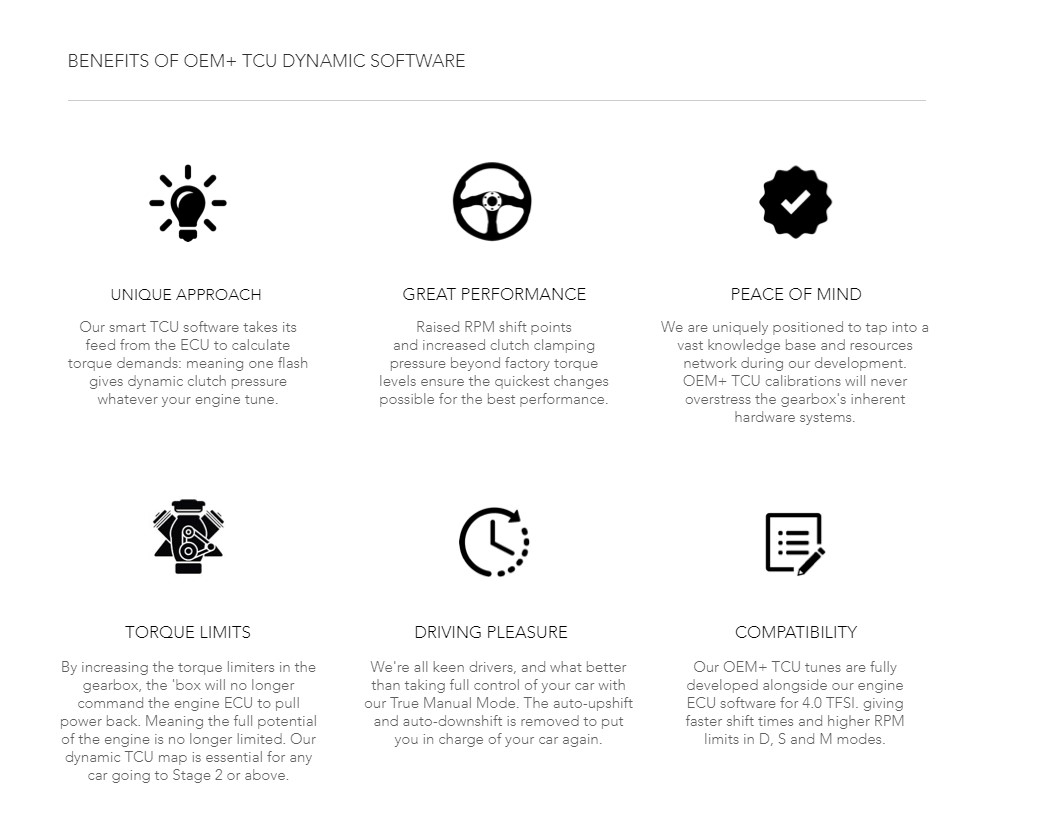